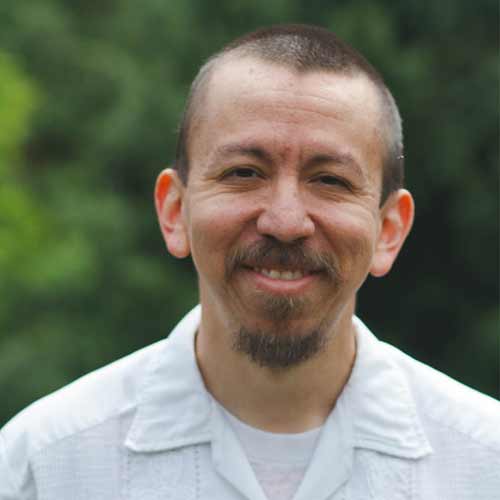 Albert was born in South Texas, and he has the boots to prove it! In 2011, he moved to Washington, DC to work for the United States conference of Catholic Bishops and the Family Research Council. While in DC, he met his beautiful wife, Elizabeth. In 2014 he moved to Western PA and began working for We Are One Body® Radio and now We Are One Body® Audio Theatre.  Albert has always been creative at heart, making his first recordings on cassette tape at age seven. In high school he moved from cassette tapes to video, and he still believes strongly in the power of audiovisual media to influence people in their thoughts and actions. When he is not working, Albert loves to spend time with his wife and kids.