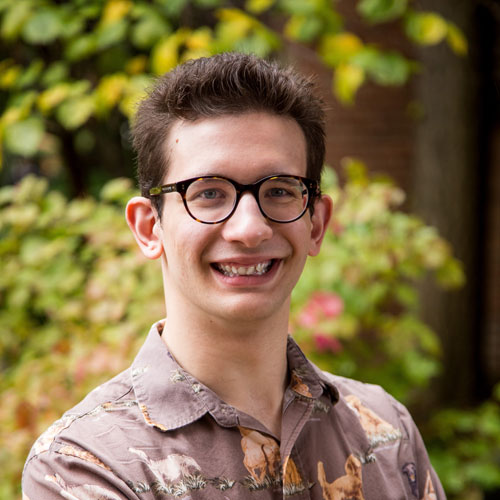 John Wojtechko is a director and editor at WAOB Audio Theatre. He manages their social media accounts, films and edits videos, and composes original music. John writes and hosts the vlog, “@WAOBAudioTheatre,” in which he introduces the studio’s weekly happenings. He has a degree in communication and English from Saint Vincent College. He has performed on stage in over thirty theatrical productions and has directed, assistant directed, and produced six shows. Although his primary background is in film, he believes that the story is the most important element to any creative work, and he is blessed to be able to dedicate his time to producing worthwhile and meaningful stories at WAOB Audio Theatre. You can find his personal creative work on his YouTube channel, “John Wojtechko.”

Nicholas and the Gold Coins
The Faithful Acrobat
Valentine’s Final Meal
Patrick: The Reluctant Irishman
The Daughter of Siena
The Nutty Confessor
The Tale of Squirrel Nutkin
Antonio and The Lost Soul
The Two Become One
MisSpelled: Episodes 1-7
The Tale of Two Bad Mice
The Tale of Mrs. Tittlemouse
In the Forest at Night